Infinity offers unique, interactive music experiences for children and adults of all ages and abilities. One of our board certified music therapists will custom design a 30, 45, or 60+ minute event (themed if requested) to get your guests singing, dancing, and playing music. No music experience is necessary. We bring a variety of instruments, movement materials, and more. Our clinical background allows us to modify your event, in the moment, based upon the response of your guests. We are trained at custom designing music experiences based upon the needs of your event and your guests.

Our team is highly equipped to custom design services for individuals with special needs. We believe in creating accessibility to music, regardless of any delays in motor functioning, speech, or other areas. We have adapted instruments, incorporated schedule boards, and provided sensory friendly activities to make sure your event is a successful one! We offer event services for children and adults.

This 30-min birthday was custom designed for a six-year-old with multiple developmental disabilities and his typically developing cousins with the theme of Superman.

1. Hello Greeting: An interactive song was played on guitar that encouraged singing.

2. Superman Drumming: Scarves were tied to drumsticks as “capes” and the theme song from Superman was played. The children were led through a variety of dance moves and drum patterns on large gathering drums.

3. Super Birthday!: The children chose an instrument to play from several choices. An original song was played on guitar using the birthday child’s name. Concepts of start/stop, counting to three using instruments, and fast/slow playing were reinforced through live music.

4. Don’t Hit the Kryptonite!: A set of frame drums were brought around, one labeled with the “deadly” kryptonite. The children played the “safe” drum and practiced taking turns.

5. Parachute Superman Cool Down: A parachute was used to help start the cool down process. A giant fan was then paired with a capella singing to help the children feel like they were flying with Superman.

6. Happy Birthday/ Goodbye: Each child was given the opportunity to play the guitar while they received their own farewell greeting. The birthday boy was sung Happy Birthday.

Services are available in home for small and large parties. Check out our drum circle section for information for larger events.

Services are available at our Southington location for up to 15 people. We travel throughout CT to provide services for larger events.

Each party will receive its own customized quote. Events start at $85.00 and typically range anywhere from $8- $15/ person.

We can theme the music portion of your event if requested.

All instruments and materials will be provided by Infinity Music Therapy Services. 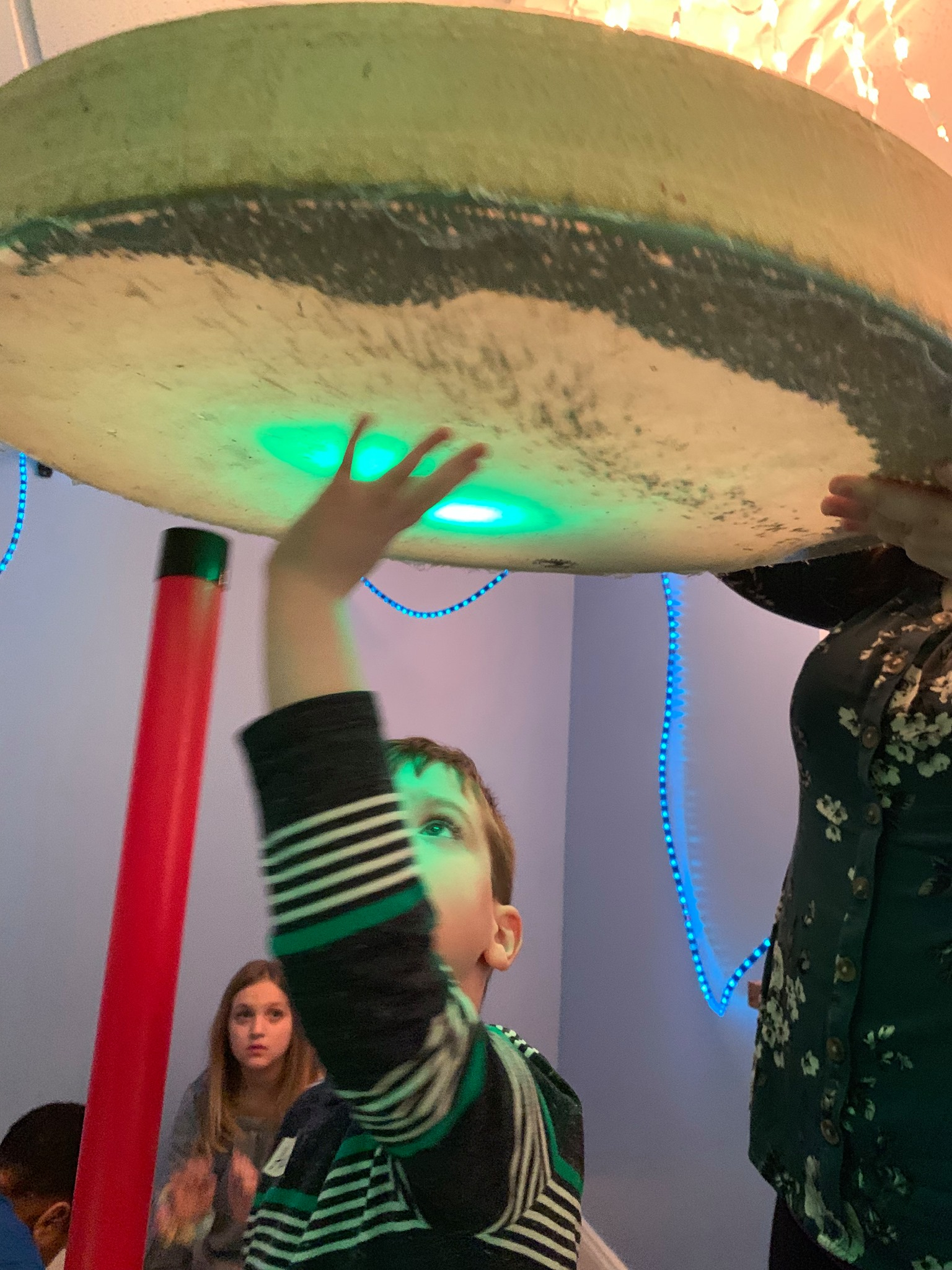 Stuck inside due to inclement weather? Your birthday is in the middle of a quarantine? Do all your guests live far away? Infinity offers virtual birthday parties!

We will provide you with information for your guests to log in to an online platform and a list of materials to gather around their home prior to the event. Your guests will log on and be led through a variety of music activities, in real time, themed to your event. Your guests will have opportunities to sing, play music games, and jam out. All of your guests will be able to see each other and communicate through a chat function. Throughout your party, a member of our staff, will mute and unmute guests to give everyone fair opportunities for solos and duets without losing the ability to hear the instructor. We offer the ability to record your event as well.

We also offer add ons and leading your guests through making homemade instruments and a variety of other activities.

***We also offer a unique package for online baby showers!***

Get a Free Quote for Your Event