Music is a natural part of our development. Our response to music often presents even before birth! For individuals with a developmental disability, music still remains as a natural part of their brain and body. Our heart beats in rhythm. We breathe in rhythm. We even walk in rhythm. Because our music skills develop naturally and our brain is pre-wired to respond to music, music therapy can be an excellent way to address a variety of non-musical skills.

Music is the only sensory stimulus that is processed on both hemispheres of the brain. Because of that, individuals with a developmental disability may be able to respond to music and music-based interventions even if a portion of the brain is underdeveloped. In fact, music can help BUILD up the areas of the brain that are not functioning to their full capabilities. Music can even help build new centers in the brain to process input such as speech. Because music is fun and is regarded as play, participants in music therapy often forget that they are “working”. Music therapy is a multi-modal approach to target a variety of non-music based skills.

Music therapy services can be conducted in individual and group settings. Music therapy is a related service under the Individuals with Disabilities Education Act (IDEA) and can be a component of Birth to Three (click HERE) or the IEP (click HERE). We also proudly work with the Department of Developmental Services (DDS). Music therapy can be an effective form of treatment across the life span.

We have experience working with children and adults diagnosed with...

Just to name a few…

Music Therapy Can Work On: 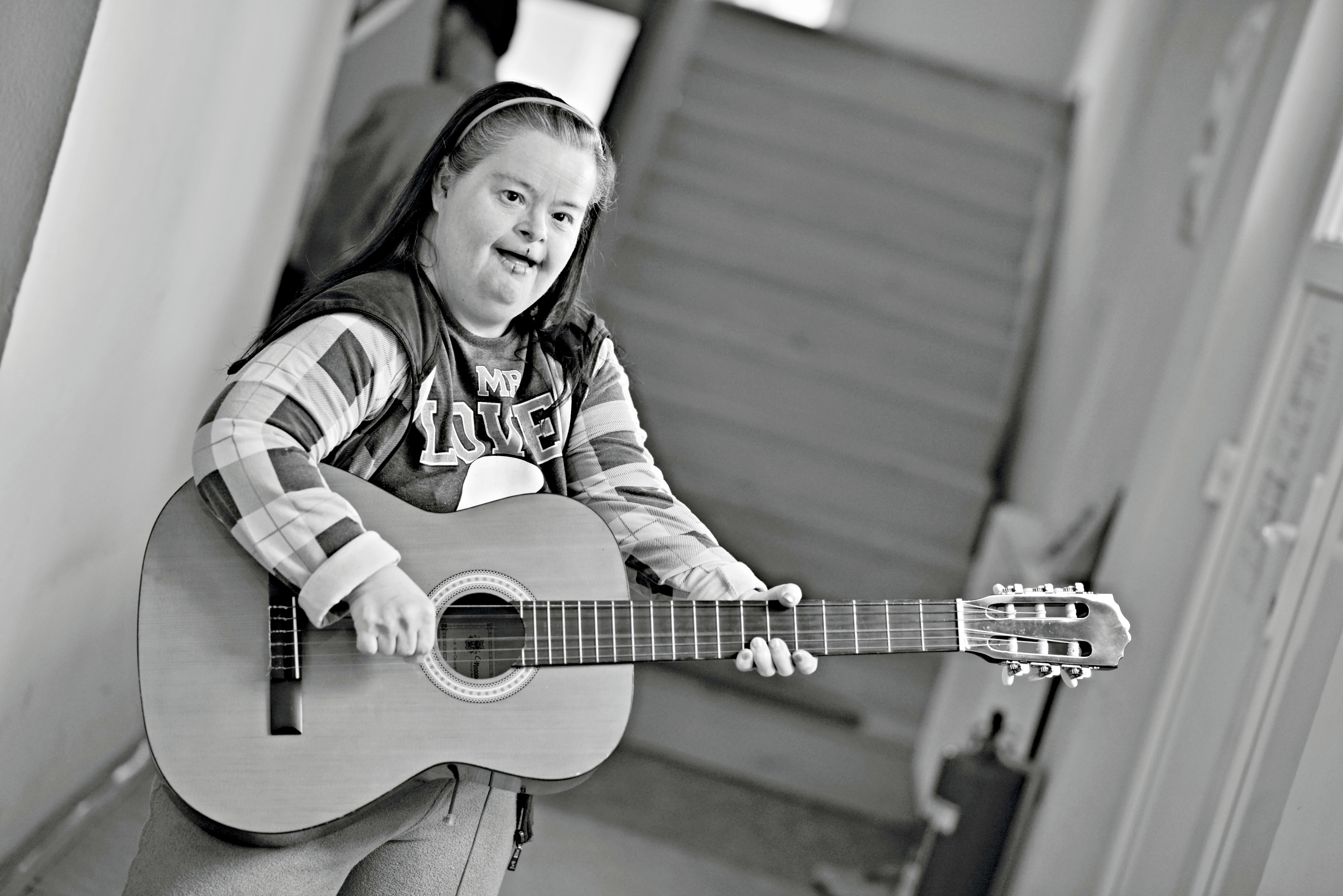 During a music therapy session, a variety of music-based interventions are implemented in order to target goals and objectives on a treatment plan. Music therapists may use drumming interventions to work on bilateral coordination (use of both arms), singing exercises to improve articulation, adapted music lessons to improve fine motor skills and cognition, dancing with scarves to improve hand eye coordination, and a variety of other music-based interventions. We use percussion instruments, movement materials, art supplies, toys, and more in each session according to research based methodologies. Sessions at Infinity Music Therapy Services are designed according to each client’s strengths, musical preferences, learning style, and individualized goals.

In one research study, music training was found to provide a greater improvement in speech production compared to speech training, particularly for children with “low functioning” Autism. After the music training, all of the participants with Autism, regardless of presented functioning level, produced an increased number of target words. The findings in this study suggest that music provides more predictable temporal patterns than speech does, making it easier to perceive. (Lim, 2010)

Neuroscientific research has demonstrated that music has positive effects on brain development. Children who undergo musical training have better verbal memory, second language pronunciation accuracy, reading ability, and executive functions. Learning to play an instrument as a child may even predict academic performance and IQ in young adulthood. Rhythmic entrainment may assist in supporting learning and developing executive function. Music hones temporal processing and orienting of attention in time that may underlie enhancements observed in reading and verbal memory. “We conclude that musical training uniquely engenders near and far transfer effects, preparing a foundation for a range of skills, and thus fostering cognitive development.” (Miendlarzewska & Trost, 2014)